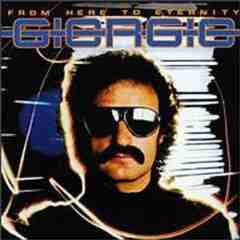 This is a cool album of 70's Disco Madness,the Title track was stolen by Sonic Boom as a template for his Classic "How You Satisfy Me" and I think Sonic used to wear a Moroder badge If I remember rightly on the cover of his 1st album.
http://www.mediafire.com/?ncxqnwdddnl
From Here to Eternity is Moroder's quasi-instrumental masterpiece, a continuous mix of banging Eurodisco complete with vocoder effects and this statement on the back cover: "Only electronic keyboards were used on this recording." The metallic beats, high-energy impact, and futuristic effects prove that Moroder was ahead of his time like few artists of the 1970s (Kraftwerk included), and the free-form songwriting on tracks like "Lost Angeles," "First Hand Experience in Second Hand Love," and the title track are priceless.
Posted by sweetbeats™ at 6:03 AM